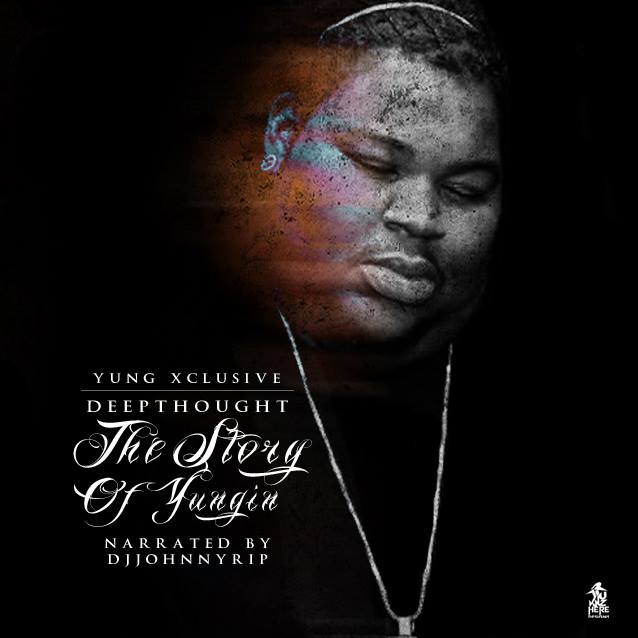 A resident of the Dallas-Fort Worth Metroplex by way of Louisiana, Yung X Clusive’s album, DeepThought: The Story of Yungin’, attempts to craft a the oft-used narrative of the “rags to riches” story in a 19 track composition. Pulling audio clips from the film “Training Day” to begin the album, X seeks to set the tone early that it’s him against the world in this record.

Unfortunately for X, he stumbles out the gate with the title-track, “#DeepThoughts”, as he struggles to captivate with his initial vocal offering. He adeptly recovers on the superb “Y.A.B.T.”, which is a far more bombastic record that shows flashes of genuine talent from the Louisiana-bred spitter. This appears to set a dichotomy for the entire album: X’s thick, Southern drawl has a certain charm on many tracks but on other records, it inhibits your ability to understand him. Couple this with his propensity for using more up-tempo flows and his lack of enunciation significantly detracts from the sound.

Bright spots on the album include the Adregga & Kaotic assisted “Window Pane”, which is one of the genuinely impressive tracks on this album. The clichéd club banger “Turn Up” that features Big Dawg & Sleepy travels familiar territory but simply works as a party/club record. The otherwise nonsensical “747” is a high-energy record that will move people if you choose to ignore lyrics that simply make no sense.

Sadly, for every record that shows X’s ability to put together a decent record, he sandwiches it with amateurish offerings like “Gotta Survive”, “New Kidd on the Blokk”, and “I Know” that simply serve as album filler. This is further compounded by inconsistencies in the album’s mixing that causes tracks to be significantly louder than the other when you listen to the album in one go.

Another issue that arises is that Yung X tends to bring in features who often steal the show from him. For instance, on “I Promise”, Spaceship O’s opening verse compared to X’s follow-up is night and day. This isn’t to say that X’s verses are wack, but in many cases, his relative inexperience compared to his peers is exposed.

Ultimately, The Story of Yungin’ isn’t much of a story. It’s moreso a collection of tracks that follow standard rap themes of being better than your competition, hustling/grinding, and tales of sexual prowess. With a title that suggests such depth, there just isn’t much here for someone who is looking for more than your typical rap album.