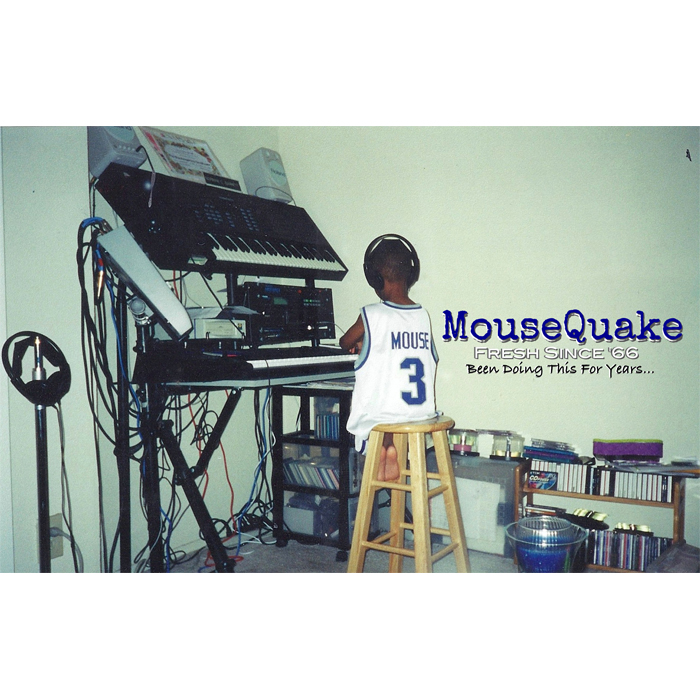 Let’s cut to the chase: I typically do not like hip-hop compilation albums. Why? Most rappers are wack and as the number of rappers rises, the higher chances for a wack song that’ll screw up my vibe. Very few producers (and by that, I do not mean mere beat-makers) have the interpersonal skills to bring together so many personalities on one project and make it sound cohesive. Going into “Fresh Since ’66” I was wary. I’m familiar with guys like Shoose McGee, 2 Piece, C’Thru, and Arkansas Bo, but everyone else are virtual unknowns to me musically. My first inclination was to just pick out the tracks with these guys and judge it off that, but I fought against that urge and started with track one.

This album takes the concept of a radio broadcast introduced by Santana Bee, with each track having a year assigned to it, taking you through a musical journey over the years. The first thing that popped out to me was MouseQuake’s production – modern, punchy, and vintage all at the same time. On Juq’O Vibe & C’Thru’s “Can We Vibe Right Now” the two emcees trade slick bars over a smoothed out bass line that reminds me of some early Outkast work. On “No Lovin'” featuring the incomparable Shoose McGee, the instrumentation reminds me of something Twista would’ve attacked during the Adrenaline Rush era. Right after that, Jai Jai’s “I Need You To Stay” gives you that R&B sound. Production-wise, MouseQuake shows he’s a force to be reckoned with. Nothing sounds outdated, cliched, or remotely amateur.

One of my favorite tracks from this record is the stellar “The Phone Call” with 2 Piece & Shoose McGee going head to head over a woman:

2 Piece:
I can’t believe what she just text me; I mean, it gotta be serious
Been months since she sexed me, now that’s one hell of a period
Naw, I don’t wanna hear it
No matter what boyfriend that you had, you let me hit it!
Now you talkin’ about that you getting married and that he’s different
She said she growin’ up; I’m not growin’ up fast enough!
But she’s a thot and before I catch feelings I’ll catch a bus
What ever happened to the girl that was tryna catch a nut? What the FUCK?!
My main sidechick: You were my favorite! No wonder he glovin’
Bitch, is you fuckin’ Gary Payton?!
See, he gotta be one of those old school, sugar daddy type niggas
Cause any man in his right mind wouldn’t settle down with ya
I know the STEAK, he know the SIZZLE!

Shoose McGee:
Hey, look, you about to be my wife to be
So it’s only right that we live righteously
But you wrongfully wrong ’cause there’s some shit that you ain’t tellin’ me, girl!
Who in the fuck is this nigga callin’ you? I give my all to you!
How I let myself get involved with you?!
Now you got some explainin’ to do, ’cause as of now I don’t see a future remainin’ wit you!
We supposed to evolve! It’s like the all-star lost the keys to the dressin’ room
It ain’t no changin’ wit you! I feel so goddamn stupid!
We should call it off! I’ll take it as a loss
I hate to fuckin’ say it, I should’ve listened to my boss
Not a pussy-type of guy; I ain’t gon ramble through your phone and shit
But I done seen that number pop-up before and you ain’t answer it!
There he go callin’ again! You don’t wanna answer it, let me answer it!
I had enough of this shit!

Laid over a soulful sample backdrop, Piece and Shoose play their roles perfectly, a masterful example of songcraft. The song grips you emotionally and towards the end is even hilarious as these two MCs trade bars. Right after that is Arkansas Bo’s contribution with “The Sunny Side of the Street”, which blends elements of Southern folk and gospel into a spirited standout record. X.E.L. OHH’s “Let It Breathe” takes me back to the early 1990’s with the sound of authentic East Coast hip-hop. Gangsta Gutta’s “Water Bill” is a certified banger, blending his gritty voice with lush string orchestra instrumentation.

Ultimately, what ties this album together is not only MouseQuake’s amazing production, but the high-level performances of the emcees asked to take part in the project. From front to back, every performer brought their A game and MouseQuake seemed to get the best out of everyone involved. The end result is an album that accomplishes what it set out to do: It’s one of the few albums that you can truly simply “press play” on.

You can purchase this album on MouseQuake’s Bandcamp page. $7 for the digital, $15 for the limited edition physical copy.