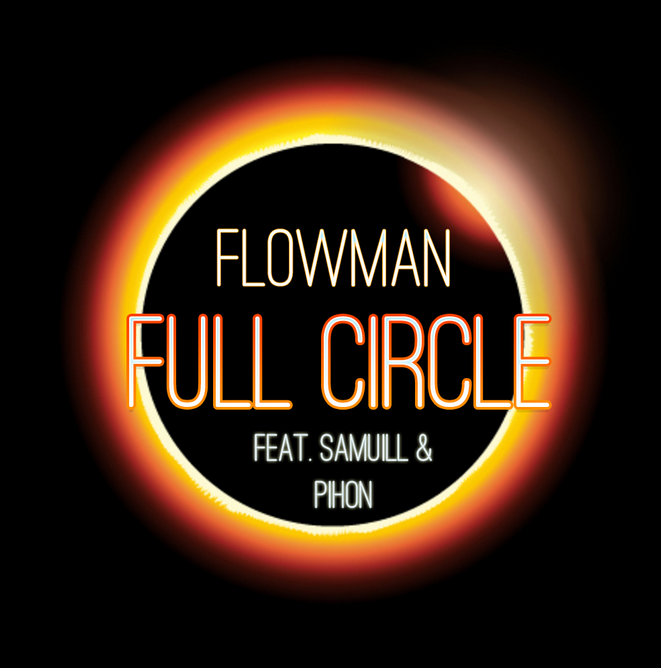 Hearing Flowman’s “Full Circle” (the lead single from his third album, Legion) validates that oft-repeated slogan, “Don’t mess with Texas.”  Serving as the CEO of the So Independent Media Company, this Texarkana native has wisely chosen a name that captures what he does best:  crafting and reciting thoughtful rhymes with an arresting tone and cadence.  He’s a triple threat all by himself, able to produce and sing as well as rap, which comes in handy on a song like “Full Circle.”  The harmonious hook alone could get stuck in your head for days on end as he expresses his frustrations with those who once gave him the cold shoulder and now want the hook up, all the while understanding that it’s just a part of the game.

Sinima Beats concocts a contemplative and soulful instrumental for Flowman to wax poetic over, one that’s chock full of slap bass and wailing guitars.  Keeping things within the Dallas-Fort Worth family, he enlists Pihon and Samuill for vocal support and they both come through in stellar fashion.  Over bass pads and static snares, all three emcees speak poignantly and powerfully about the deeds that some will do when the odds are stacked against them and the options that they chose to avoid the same fate.  Combined with the hook, it makes for a very impressive single that’s reminiscent of early material from the likes of Goodie Mob and Outkast.

With the unmistakable influence that the South has had on the rap game within the past decade, “Full Circle” deserves the type of shine that surpasses the borders of Texas.  This is a song that ought to bring Flowman national attention and push him into the upper echelons of rap music.  His talent and showmanship can’t be denied and the work ethic that got him this far will surely propel him to greater critical acclaim and audience recognition.

Reviewed by Jason Randal Smith for ReviewYou.com
Rating:  3.5 stars (out of 5)